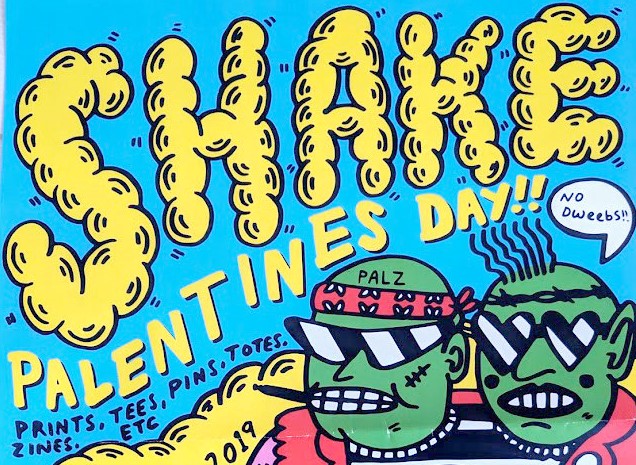 A few weeks back I attended my first Shake zine fair at Rough Trade here in Bristol.

I am a massive zine fan, it's on my to do list to make a zine but I honestly just over think things! One day, maybe!

Shake Bristol put on zine fairs and events celebrating illustrators and zine makers around the country. The fairs focus on comics, t-shirts, zines and prints and encourage illustrative makers to join their colourful and creative events.

Attracted to the bright colours and fun, wobbly Spongebob meets skate artist Jim Phillips characters with more than a wink to gruesome/surf album art from bands like The Cramps, yeah, they got my attention with their poster!

From traditional tattoo artworks, comic book characters to Memphis style and handmade jewellery by the lovely Sophie Filomena, there were plenty of goodies to get my attention but I am always sucked in by the zines!

I love the shortness and straight to the point-ness of a zine, illustrated characters (that are often an alter-ego or reflection of the artist) and downright honest topics.

A zine will take you into unknown worlds and scenes, normalising everything from self doubt to mundane life moments and personal experiences, using illustrations and (in most cases) words too.

The DIY element to zines is always super inspiring and a great way to share your artwork and thoughts. Zines are good for the soul!


I could personally of hung out at the Shake art fair all day, chatting with the artists and looking at all the artwork but sadly my teenage sons attention span and excitement for art crashed way before mine! Before they removed me from my zine fair/ record shop haven we did end up with a few goodies from the day including..... 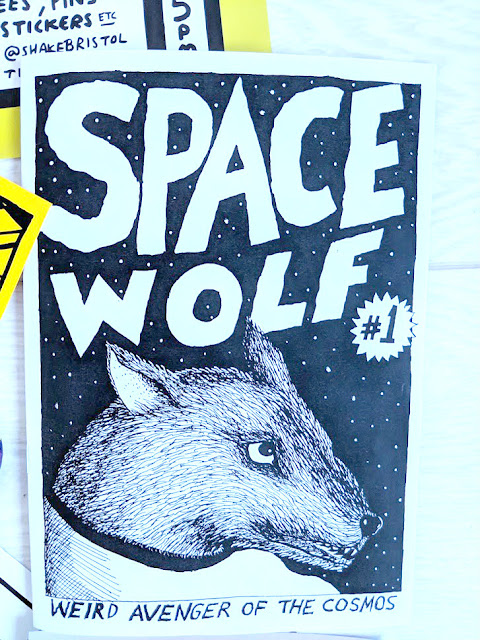 A fun comic series, with the hero of the story being Space Wolf. My daughter Sylvie is keen to get her hands on more copies of Space Wolf at the next fair!
@willisokong 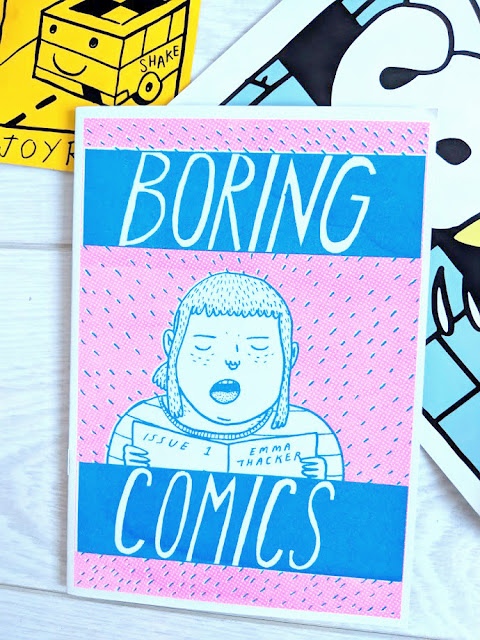 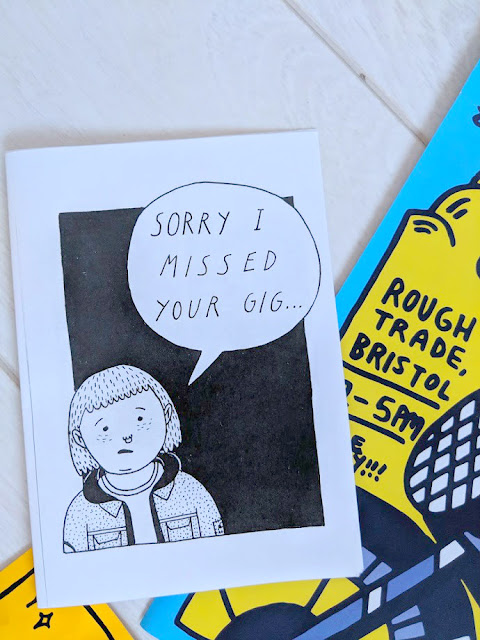 These are real sweet and honest zines about the difficulties of fitting in and motivating yourself to go do the things you like! Truly inspiring comics by London based illustrator Emma Thacker.
@saltandchilli_emma

Shake Bristol also have a website with lots of own brand arty products up for grabs from t-shirts, tote bags, stickers, pins and patches to comics and zines.

The Shake Mag is not to be missed as it features lots of illustrators and artists from around the world who have collaborated with Shake on a chosen theme, the most recent being The Wrestling issue. For a mere £8 you get 152 pages of illustrations by 52 artists and a free sticker and a bookmark too?? Wowsers! 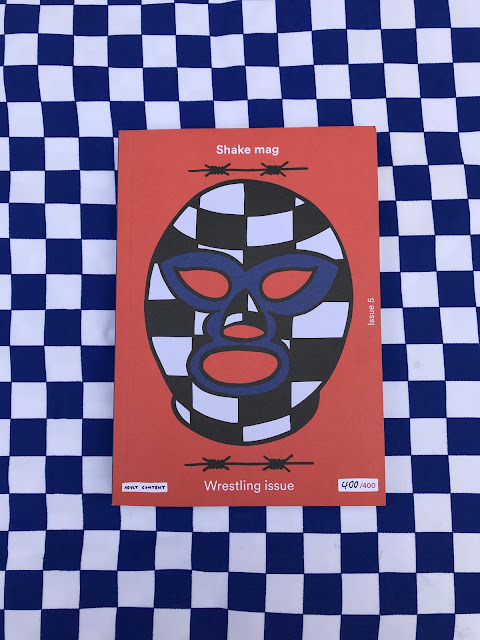 
No Debutante totally recommends going along and supporting your local artists and zine fairs, there is so much happening and to explore!

Posted by No Debutante at 1:25 pm No comments:

This is Radio Bang 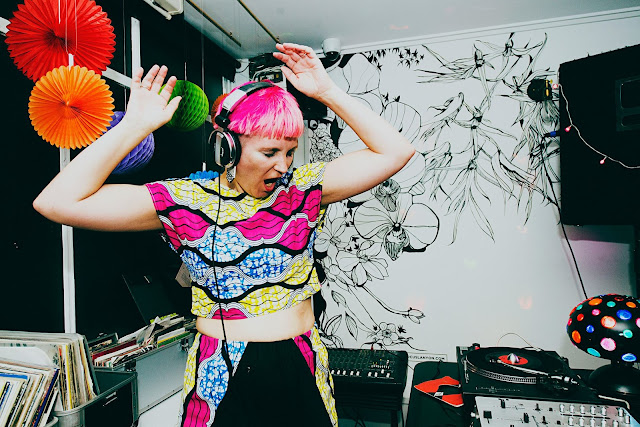 I'm going a bit off the fashion track here with a post about DJing and radio shows! But hey! It's my blog and I need to promote my new venture!

One of my sidelines from being a blogger/journalist and mother is that I DJ. You may or may not know this already. I have been repping female DJs for 17 years, since I started spinning vinyl sets with, my (now) husband, Phil, in a Bristol pub back in 2002!

By 2003, after a lot more record collecting, we, alongside my brother Mike, had started up our very own club night Bang, which has just celebrated it's 16th birthday! We pride ourselves on playing all vinyl sets from a mash up of genres from northern soul to electro to post punk to alternative 80s, to name a few of the many genres we might drop in one evening.

The one thing we wanted to do was to play the music we loved and make people dance. Bang is a fun, small underground club night that has a cult following of Bangers that want to party hard! Who knew our lil' club night would last this long and we'd have such an amazing group of people support us!?! 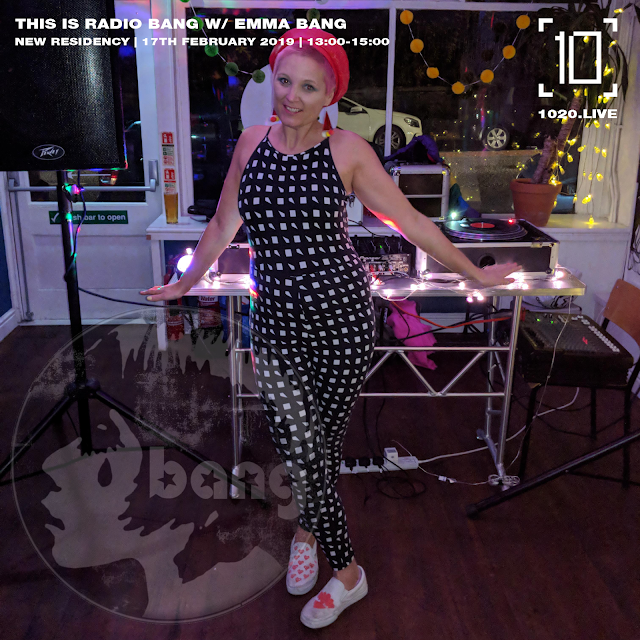 Last year, I wanted to try something new. I started seriously thinking about presenting my own radio show, something that had always been a bit more of a dream than a realty. I hadn't considered that I could actually get my own show right here in Bristol, on a local independent radio station. I was pretty much clueless.

I was offered the chance to try out a pilot show as part of the SisterWorks residency on 1020 Radio. I was terrified but just went with it, I even spoke! I planned out my own little - all vinyl - show and played for an hour, mostly female artists and female fronted bands to rep women in music, and, I was hooked.... 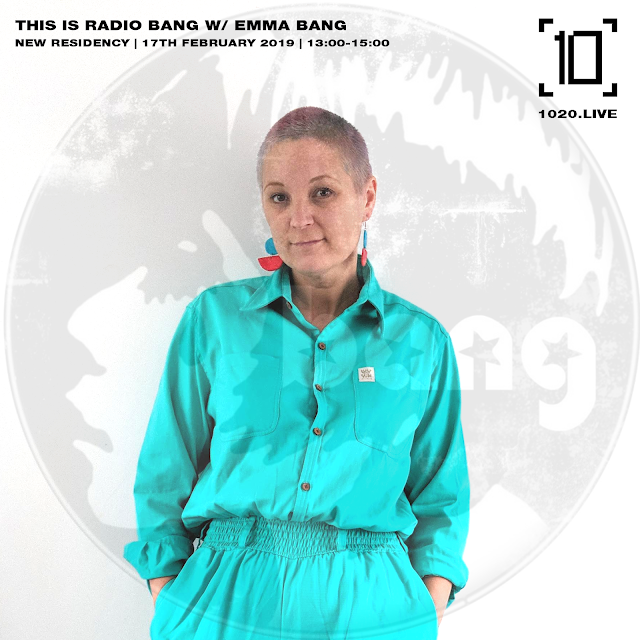 I literally enquired about doing my own show at 1020 Radio during my set and a month later I was signed up to start my own monthly residency! They liked me! I am sooooo excited!!

My brand spanking new radio show is called This is Radio Bang and is goes out live every third Sunday of the month from 1pm-3pm. The first show starts on Sunday 17 February, on 1020 Radio, which is also a digital radio station, so you can listen to it live from wherever you are! 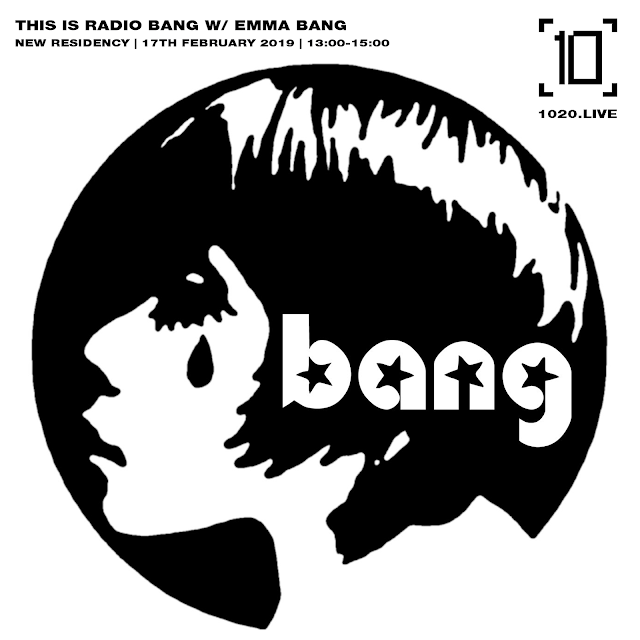 I shall be representing the Bang club night but also putting my own spin on it, with a few surprises thrown in. Please tune in and leave me messages and support on the 1020 forum and on social media and share the love!


Listen to my set on the SisterWorks radio show on 1020 Radio, I play the first hour of the show. It's pretty obvious when it's not me anymore! 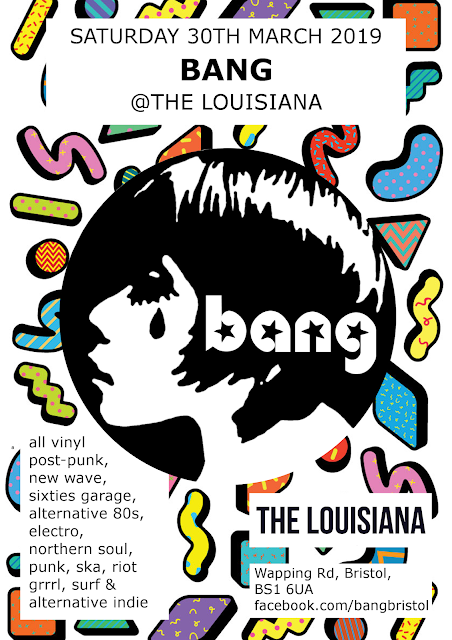 For people local to Bristol, join me at the next Bang club night at Bristol's legendary music venue The Louisiana on Saturday 30 March. 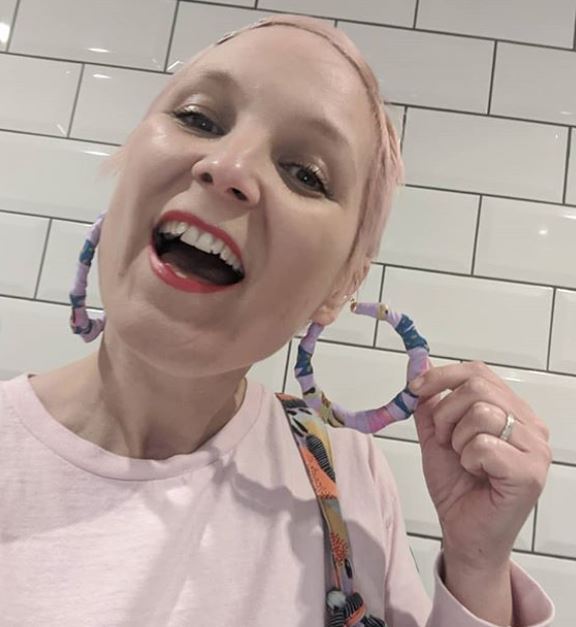 Join the My Swap and Shop community 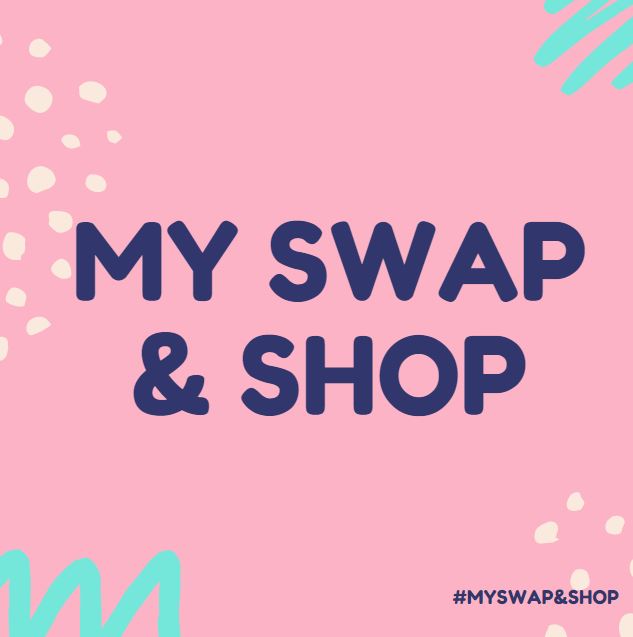 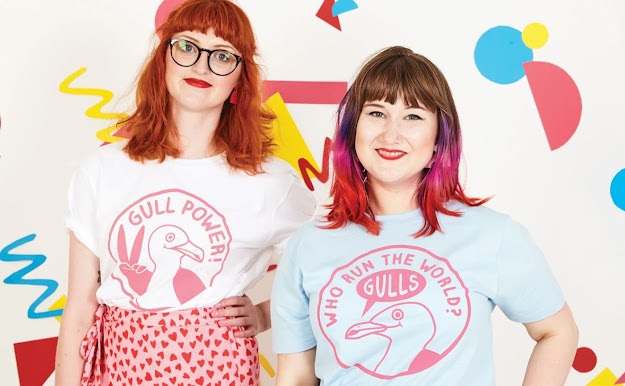 View my complete profile
No Debutante